World-renowned celebrity artist, William Quigley will host an evening of fine art and fashion to raise vital funds and awareness for wounded veterans at his New York studio this Saturday 15 August, 2015. 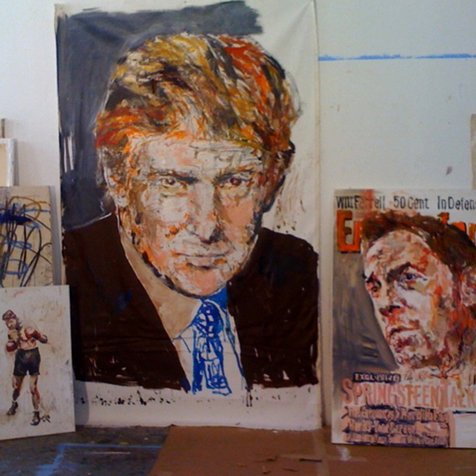 The acclaimed East Hampton based artist – who is also the owner of U.S T-shirt brand, SkrapperStyle, has commissioned portraits and subjects that include the likes of President Bill Clinton, Muhammed Ali, Michael Jordan, Bruce Springsteen, Audrey Hepburn and Johnny Cash (just to name a few), and is set to unveil his 2001 portrait of President George Bush, along with his most recent portrait of American sniper and soldier, Chris Kyle, on the night.

One-of-a-kind pieces by various artists (including Quigley) will go on display and will also be available for purchase with a generous portion of the sales from all artwork and clothing being donated to the American Patriot Support Foundation, Survivability Services International and Soldier Ride’s ‘Wounded Warrior Project’.

The art show is scheduled to commence at 6pm the fashion runway set to commence at around 7pm at 62 Newtown Lane, Schenck Fuels, Back Lot, East Hampton.  Enjoy!