THE FACE AUSTRALIA premiered last night on Fox8 with supermodels Naomi Campbell, Nicole Trunfio and Cheyenne Tozzi all vying for Australia’s next face of Fresh Effects by Olay. 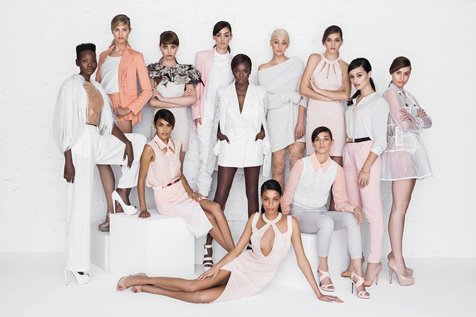 Industry authority, Naomi Campbell battled it out with the equally fiery, Nicole Trunfio over two of the contestants with tempers flaring and Naomi storming off set before eventually dividing to become three forceful teams of models:

In the coming eight weeks, viewers, as well as the model hopefuls, will be given unparalleled advice on how to make it in one of the toughest industries – with the supermodel mentors gifting the girls a glimpse into the real world of modelling and an accelerated education throughout various real life assignments, including photo shoots and commercials.

Eventually one of the girls will become the winner of THE FACE AUSTRALIA and the face of Fresh Effects by Olay – a new, younger label by the world’s number one skincare brand Olay.

THE FACE AUSTRALIA will air exclusively on FOX8 each Tuesday at 6pm WST.