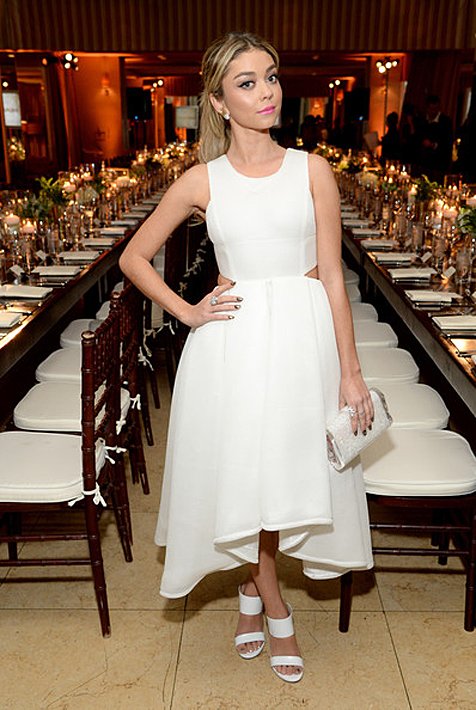 Best known for her role on Modern Family, Sarah, who’s had a remarkable career both on the big screen and the television since the age of five, looked absolutely stunning and on-trend as she chose to pair the uber chic and comfortable Stuart Weitzman White Calf MYSLIDE Mules with an all white DKNY Spring 2015 cut-out dress, an Edie Parker clutch and a pretty pink lip. 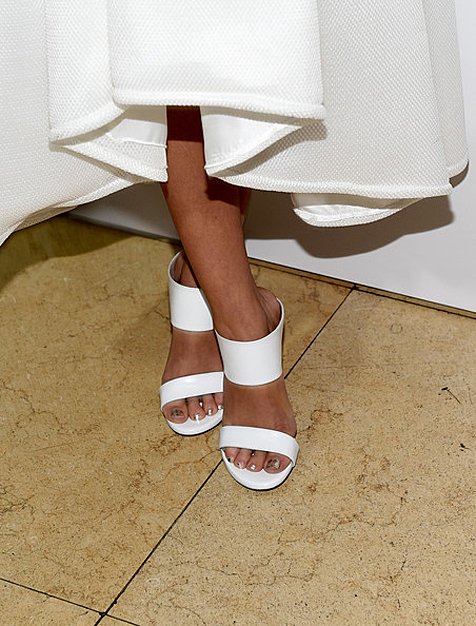 I absolutely love the double thick straps – they’re such a versatile and classic shoe for spring/summer! What do you think? Do you love them as much as me?