‘Just a model’ (to whom we can attest is really a supermodel – hence no names being given here) recounts her days modelling at New York, London, Milan and Paris Fashion Weeks.

I sometimes wonder as people scan through the collections from fashion weeks, if they know the insomnia and crazy life that goes with the New York, London, Milan and Paris fashion weeks madness cycle.

For a model, the whole 4 weeks can be a traumatic test of stamina and sanity. Coupled with tact, diplomacy and the basic ability to not trip, slip nor walk into walls.

And it all starts in New York. Bright in the buzz and noise that only Manhattan can provide. The feeling of tingles seeing the sidewalk signs flashing “Don’t Walk” ominously on the way to the first show.

With the Bryant Park tents – the center for many years of Mercedes-Benz Fashion Week (MBF Week), shining bright. Welcoming the earnest busy buyers, the laden pole faced press, and feted celebs. While smart security keep some of the tryers on and the occasional crazies at bay.

Soon the days of old Bryant will be over with the move to Lincon centre. It’s a shame in many ways that it will be moved. I love the area there with open space outside to move and sit and have a drink.

The economic climate is definitely hitting the fashion industry. But this year MBF Week struck out with the Fashion’s Night Out theme. As did many events that sent out the message of fashion, fun and oooh, yes! Go buy clothes sometime!!!

For us models it was really fun, both officially and unofficially. And the traffic stopping mass model shoot, was awesome too:)) 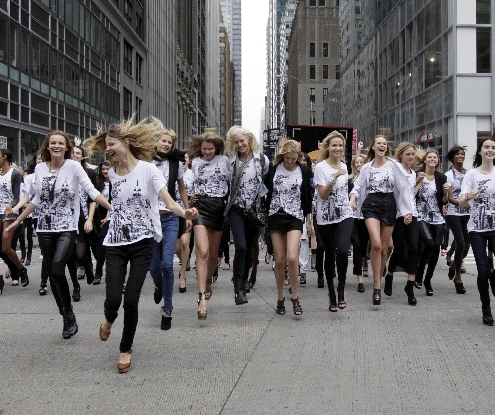 Now let’s move onto poor lovely unique London Fashion Week (LFW). Squeezed out in the schedules and always viewed as the bottom of the rung between the 4.

But this year it really tried to wave its flag and is beautifully unique still. Thankfully.

LFW always has a centre. And this season it was not located where it had been in the past. Which was at the Natural History Museum – out to the west. But rather, it was located in the heart of the city at Somerset House.

I have mixed feelings about this too. For I loved before if there was a spare moment to go into labyrinthine Museum and lose myself with real gnarly dinosaurs (away from the fashion ones haha).

Somerset House though is right by the magnificent Thames. And we found it beautiful to sit out in the cafe behind. Or walk onto Waterloo bridge where there’s the best view of London!

Trumped up as the spectacular finale of LFW, Burberry went to great lengths this season to make their London show (instead of Milan) spectacular. And it was!

I thought I knew London fairly well but out at Chelsea College is this amazing huge parade ground and the Burberry show was held there. The show begun just as dusk approached. But had we been outside, the glare from the ever fierce Anna Wintour (directed towards some of the “celebs” she had to sit with in the front row), would have lit up the night sky. 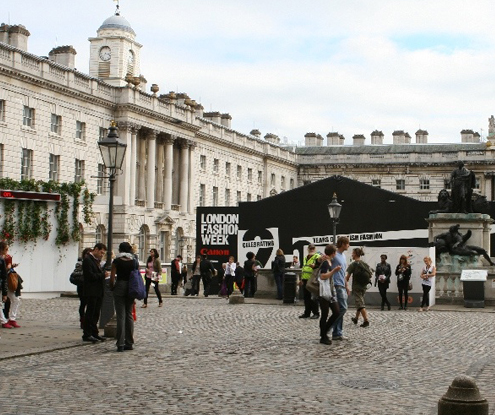 Moving on now to Milan. Which was all over the place to be frank. Not just physically, but it just did not have the show buzz that it has had most other years. And lots of the usual faces did not show up.

Some great fun though was had when we could (in between and after the shows). Plus it was fun experiencing some lunatic bike rides relocating in between shows – as only the Italians know how!

Now to my favourite – Paris Fashion Week (PFW). Which is always the best. And it’s not just that my heart is in that city, but it is THE week as far as most in the industry are concerned.

Milan may ooze style, but Paris oozes pure purring passion. There is also real space to breathe in beautiful, so beautiful, Paris. 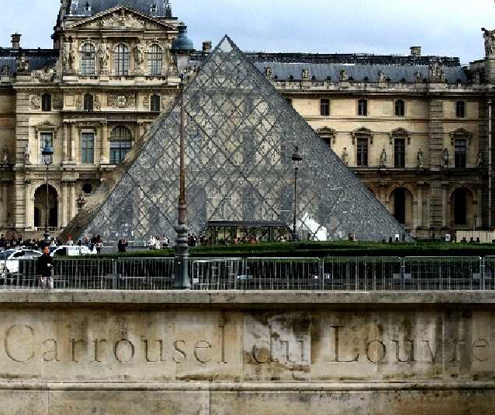 To stand at the Louvre and look all the way along the Tuileries and out to La Defence, is just so wonderful. And one always feels a freedom similar to when escaping into Central Park in MADhattan.

Unlike MBF Week and LFW though, there is no central place really for PFW. So the shows are always spread throughout the city. But many are in gorgeous, sumptuous central locations that aren’t far from “model central” – the area where many of our agencies are (north of the Tuileries gardens).

The Musée de l’Homme is up at the Trocadero. And the enormous Eiffel Tower stands across the river. Which looks to me as if it is by ones feet with the vista of southern Paris in the background. Never failing to move me deeply.

Paris Travel Tip: If you are ever in Paris, stand there and just soak it in. Or even better, book a table at the Cafe de l’Homme and eat and drink wine then let the beauty and love in beautiful Paris fill your heart.

Just a walk away (or zoom away if dashing between shows) is the really interesting Palais de Tokyo with its lovely cafe at the side. One day when we were there in a full fashion frenzy (with the normal street market which was also on), the public stared quite amusingly as we came out just when a van with a tannoy happened to be passing by. Yelling out publicising a circus coming to town. It was just so apt:)

A longer walk (but a lovely one if time), is down into Jardin de Tuileries to the Espace Ephémère Tuileries. Where more shows were held in a large tent on the white dust (that manages to get everywhere on our shoes in the glorious gardens (full of 10ft face sculptures at the moment!).

Along those gardens towards the Louvre (tucked down below in the depths and for some reason not known it seems to many visitors), are the rooms in the Le Carrousel du Louvre. Where yet more shows are held. Just beware if you need a pee in the main centre down there though – it costs a euro or two.

The main lurch for us this year to get to some of the shows, was all the way out to the Halle Freyssinet near Chevaleret. A stress to get to in the traffic sometimes. And in no way a beautiful place. But inside the halls are plenty of room for some of the big shows like Valentino.

Perhaps the most glorious of settings were in the Grand Palais. And Louis Vuitton in the courtyard by the Louvre. Paris has a grandeur laced with beauty, and not gravitas. It inspires the happiness in the heart and a song in the soul.

As a model, daily life during fashion weeks is utter and complete madness.

A day can sometimes start with getting up at 6am after finally sleeping at 2am.

A show is: arrive, hair/makeup, photo photo, dress, photo photo, get checked, photo photo, line up, go out, mad crazy change with people helping whip clothes off and new ones go on for second look, check, line up, go go go, back, all out for finale, back, get changed into the normal clothes as quick as possible, no time to take show make up off, out the door, scan past the photographers looking for my transport, on the phone trying to contact the driver, people all around, dashing to the car or bike and away. Sometimes long before the audience has emptied out, straight to next show – hair/make up…etc!

There are fashion shows and there are fashion “shows”. See Chanel in the hay for example. And for something different see Viktor and Rolfe. Oh and also Gareth Pugh – an Englishman abroad.

Love it or hate it, but this is Paris, this is excitement and this is life:)

Chanel in the hay