Leonardo DiCaprio dons Giorgio Armani for the London premiere of The Wolf of Wall Street – decking himself in a grey Prince of Wales check suit with peaked lapel and grey tie for the occasion. 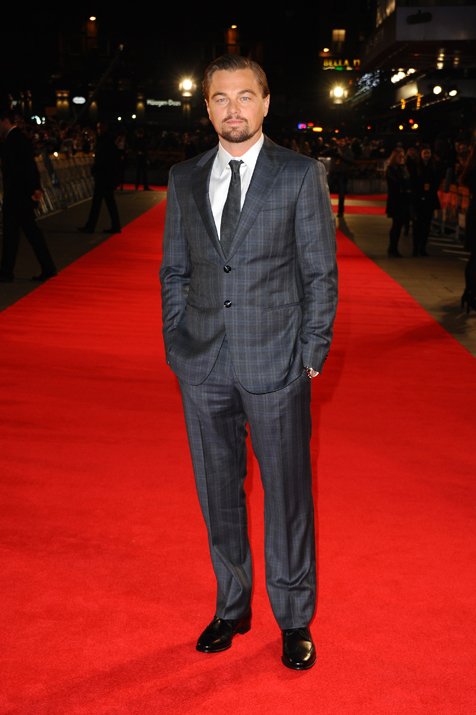