Giorgio Armani hosts the official premiere and after party of this year’s highly anticipated movie ‘A Most Violent Year’ in New York City. 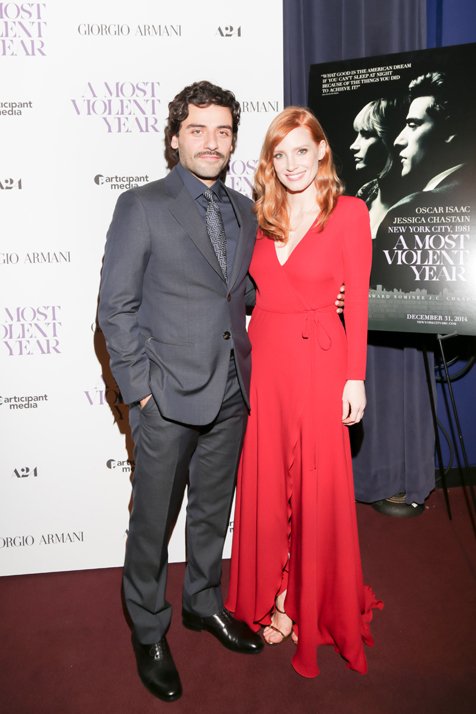 The politically corrupt crime drama (read more here), which is directed by J.C. Chandor and stars Oscar Isaac and Jessica Chastain, is a collaboration of considerable taste with Chastain donning a number of classic Armani designs throughout the movie and on the red carpet where she chose to wear a custom made Giorgio Armani gown – inspired by an Armani look that she wears in the movie for her character, Anna Morales.

To see more of the VIP guests, please click on the thumbnails below:

Oscar Isaac also chose to wear a Giorgio Armani suit on the red carpet as he mingled with VIP guest at the premiere and also at the after party which took place at Armani/Ristorante later on in the evening.