Springtime spells flowers blossoming and fashions flowing with the Spring Racing Carnival at Melbourne Racing making up most of our social calendars. And if you’re in Melbourne, food is no exception. 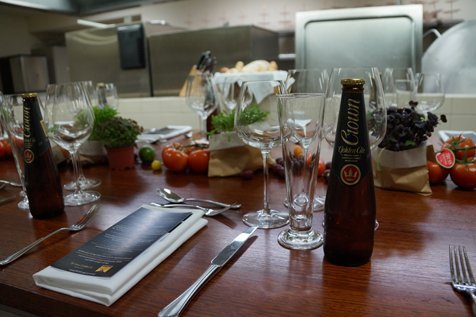 It’s not every day one is invited to dine and learn from accomplished Chef’s Ian Curley of The European, and Julian Robertshaw of Black Caviar. To preview and sample Australia’s finest flavours for the up and coming menu of the Crown Golden Ale Caulfield Cup Carnival.

When Ian talks about food you just want to listen, taste and enjoy. Despite his hardened appearance, he’s a man you can sit down with, joke around and have a beer together too. And his personality shone through as he was presenting his cooking demonstration, making what could only be described as heaven for the taste buds. 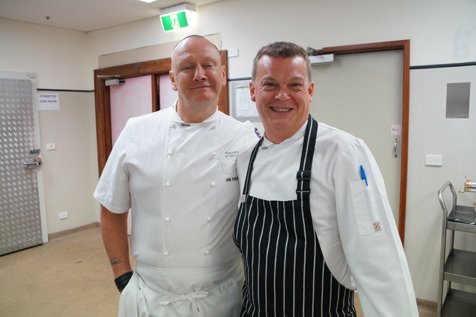 His dish, Fricassee of John Dory with oyster and mussel escabeche will stay with me forever.

His cooking partner Julian Robertshaw was equally as charming and concluded the evening by presenting us with the Melbourne Racing Club‘s new signature dessert of Rhubarb and Ginger Pudding with Mint Caramel Ice Cream. 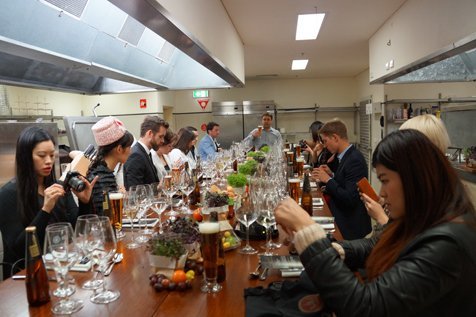 Master brewer, Tully Hadley of Crown Breweries presided over a taste testing of the rare Crown Ambassador 2009 and 2012 vintages paired.

And the company was as wonderful as the dishes presented – with Jockey’s Michael Rodd and Chris Symons entertaining guests during the intimate dinner with anecdotes and even diet tips. 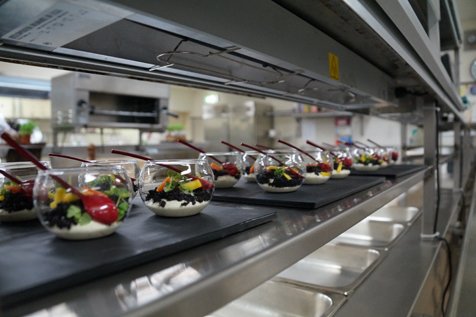 It was by all means an evening to remember…. and a great insight into the upcoming Spring Racing Season at Caulfield Racecourse.

Written and contributed by Alexandra Valentino.

WIN Tickets To The Preview Of Advanced Style

H&M Set To Launch Their First Australian Store In Melbourne