Since 2010 skeptics have taken a more than unenthusiastic approach to the mere thought of The Bourne Legacy crystallising into the birth of yet another sequel in the already Bourne trilogy.

And well, let’s face it, who’d have thought Universal could squeeze any more money from the movie’s box office without their main man, Matt Damon, and Director, Paul Greengrass, signing on for another? I mean, I have to be honest here; I was very skeptical too!

However, surprisingly the screenwriters have effortlessly merged previous plots and scenes nicely in Legacy! Recreating a fourth instalment that boasts action packed scenarios better than any Bourne before. And with a different, yet just as engaging, main character to boot. 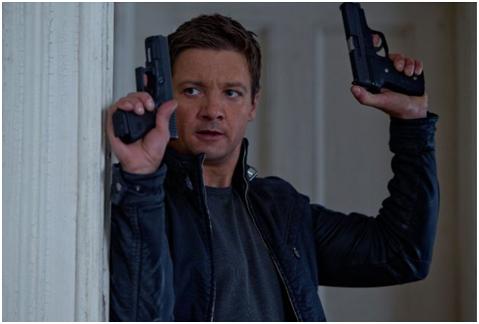 In keeping with the Treadstone and Blackbriar spy-program theme, super-hunk Jeremy Renner opens the movie with an ice tingling scene (literally for him) that captures your undivided attention from the get-go.

Special agent number 5, or Aaron Cross (Renner), is an established spy who (unknowingly to begin with) eventually finds himself on the run from CIA big guns as they enforce the closure of remaining Bourne operations by executing all field men involved.

Without giving too much away, some Bourne Legacy scenes are drawn out but the eye candy for the ladies is a major distraction!

And gents, you’ll be happily surprised with Renner’s tag-along being the ‘not-so-damsel-in-distress’, but rather the smart, switched on and helpful, Dr. Marta Shearing. Who is played by the talented Rachel Weisz.

Viewers will also revel in the fact that there aren’t so many hand-held camera scenes in this instalment. From memory, I think there’s just a few when they flashback – thank goodness! 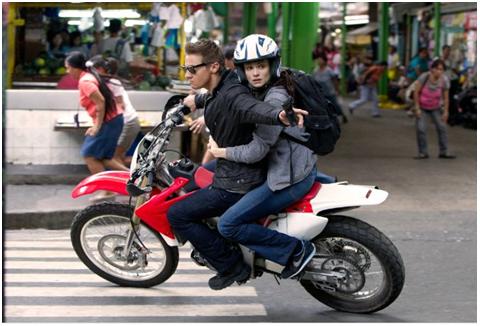 In theaters across Australia this Thursday August 16th, I was very happy with this sequel! And my movie threshold is very slim.

My only advice for Bourne buffs: go back and watch the entire series again. This will allow you to really grip the entirety of the movie and appreciate where Universal have taken this action packed thriller.

To discover more of the latest in film, cinema and fashion footage from around the globe, head here.