Foxtel announced today that the Stenmark twins, Jordan and Zac Stenmark, will be the latest supermodels to join Australia’s Next Top Model in what will be the television hit series tenth season. 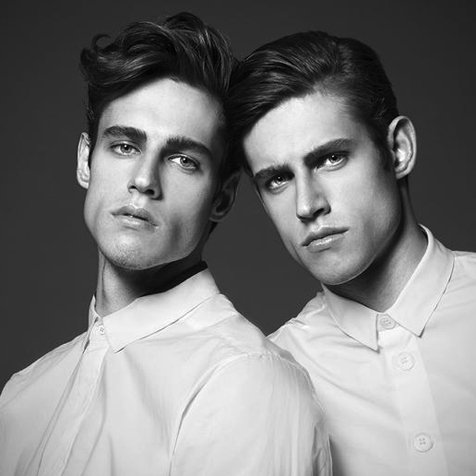 Set to mentor alongside existing model mentor, Cheyenne Tozzi, Jordan and Zac, who are now aged 23, have modeled for the likes of Abercrombie & Fitch, Ralph Lauren and Calvin Klein, in addition to having a plethora of cover shoots for prestigious publications including Vogue, Hercules and GQ under their fashion belts too.

Having started their career in 2011 with a thirty page international editorial with L’Officiel Hommes Paris, the boys are close friends with American designer and film director, Tom Ford, and are widely known for their athletic good looks, down to earth attitudes and strong work ethics.

Jordan said, “This is such an exciting opportunity for us and we are stoked to be joining the new season to help mentor the girls alongside Cheyenne.  Through the highs and lows of the modelling industry, we will be there every step of the way.”

Zac further added, “We understand exactly what the girls will experience because we go through it on a daily basis – we’ve experienced so many of the same challenges over the last few years, which will be valuable to share.  Of course there are also the amazing perks for them to experience, like shooting in incredible locations with the world’s top photographers and fashion’s biggest names.”

Jordan and Zac Stenmark will make their first official appearance for Australia’s Next Top Model at the Sydney auditions on Friday 25 and Saturday 26 September at Blacktown Shopping Centre.  The twins will later join us on the west coast for Perth auditions on Friday 9 October at Garden City Shopping Centre. To find out more about Australia’s Next Top Model countrywide auditions, and for all of the new season gossip, head to www.fox8.tv.

Behind The Scenes With Maurice Meade