Fox8’s top rated reality TV series, Australia’s Next Top Model is back on top. From July 9 at 5.30pm (WST) the much anticipated reality television drama will unfold as it airs for the first time in two years.

Packing a star-studded line up of fashion industry heavyweights.  Jennifer Hawkins is set to host it along with judges Charlotte Dawson, Alex Perry and Didier Cohen. 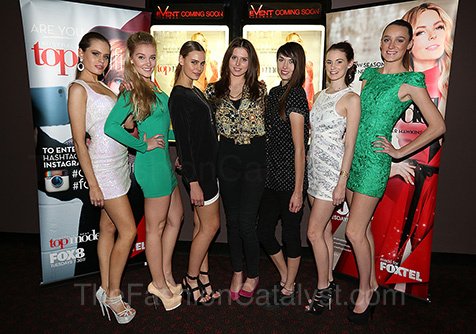 Fifty fresh faced beauties will all be put to the test during the first episode. As they strut, stance and stun the panel of judges to make it through to the next round. With the intense three day “boot camp” set to unfold at Australia’s oldest and most iconic prison on Cockatoo Island.

So who will it be?  Who will have what it takes to be Australia’s Next Top Model?

Tune in to Fox8 on Tuesday 9th of July at 5.30pm (WST) to see who is inches closer to winning $20,000 in cash.  Along with a Harper’s Bazaar cover, a contract with IMG Models – home to fashion powerhouses Miranda Kerr and Kate Moss – and the most invaluable head start in the toughest industry.

Five Reasons Why You Only Need Sickys Sunglasses On Vacation